I saw snow!! For the first time–EVER!! Can you tell that I am excited about it? The picture in my last post was of Mr. C’s attempt to write the date on the windshield of the truck. He gave up after his typo. 🙂

Now, for those of you who have lived in a place where snow is a common occurrence, you won’t understand what a big deal this was for me. Having lived in Florida for all but the last couple of years of my life, s-n-o-w was not in my vocabulary. When I was a teenager I visited the mountains a couple of times during the winter months, but I never saw snow. Last year we took a little trip hoping to see some, but the weather didn’t cooperate.

On New Year’s morning, Mr. C suggested that we pack a couple of bags and head up the road a ways in search of snow. According to the weather forecast, it was a sure thing. I quickly threw some warm clothes together (as quickly as you can do for six people), called the pet sitter to see if she would accommodate us on short notice, and hurriedly went over some school lessons with the kids. We headed off just before lunchtime.

It took us about 2 1/2 hours driving time to reach our hotel. We enjoyed a feast at the restaurant there. So much for starting out the year with a healthy meal. I enjoyed every bite of fried chicken, fried okra, black-eyed peas, and strawberry cobbler with ice cream. 🙂

As we headed back to our room, we were hopeful that these clouds held snow. 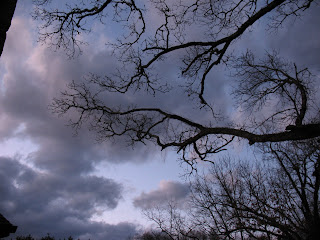 We spent the evening in our room watching a Twilight Zone marathon. Since we don’t watch T.V. at our house, this was a real treat for the kids. Mickey and Bookworm were clinging to one another and squeezing hands during the “Mannequin” episode. I took this picture to show them the next time they’re unkind to one another just to prove that they really do love each other. 🙂 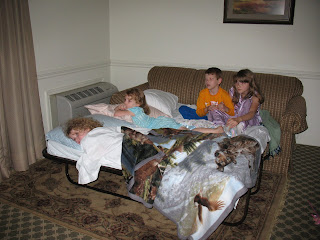 After we got the kids to bed, Mr. C peeked out the door. This was what he saw. 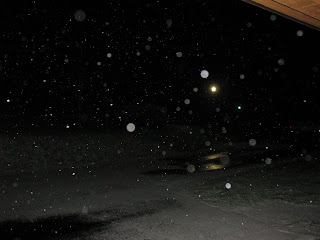 I was jumping up and down and ran outside- in my jammies– to have my picture taken in the snow. No, you don’t get to see that one. 😉

We awoke to this. 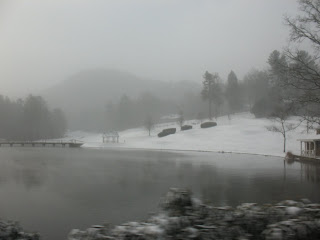 There was enough snow for everything to look lovely, but not enough to really play with. So, we hopped in the ‘Burban and headed just over the state line into North Carolina to some property owned by friends. Here are some pictures from our playtime atop Cold Mountain. 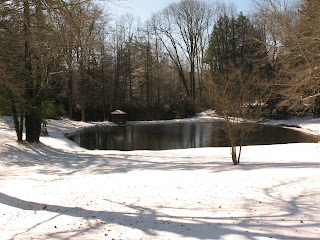 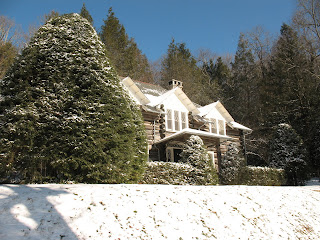 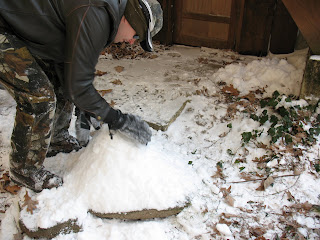 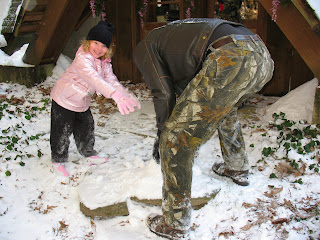 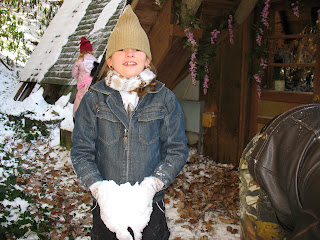 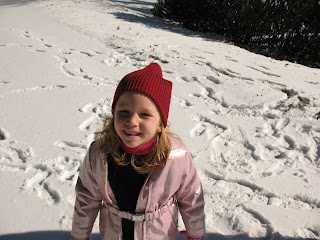 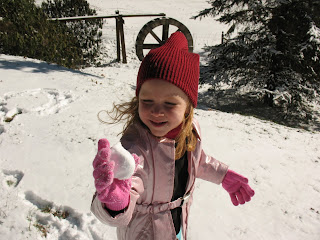 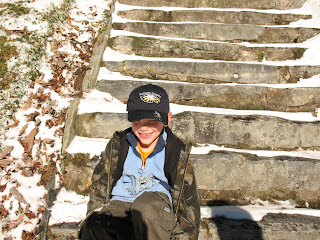 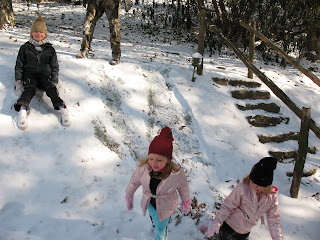 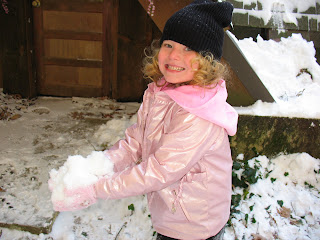 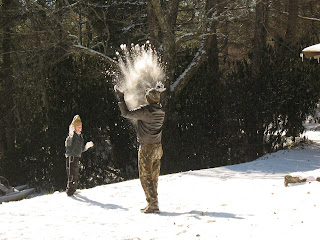 We played a bit longer than planned, so Mr. C had to drive very fast carefully for us to make it home in time for our mid-week church service. We made it back with an hour to spare.

Was my little snow experience everything I hoped it would be? Definitely!! 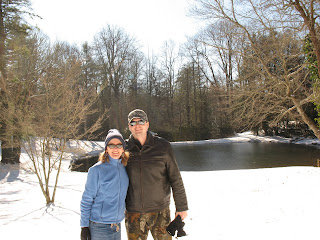